For artists and writers who tell their own stories: 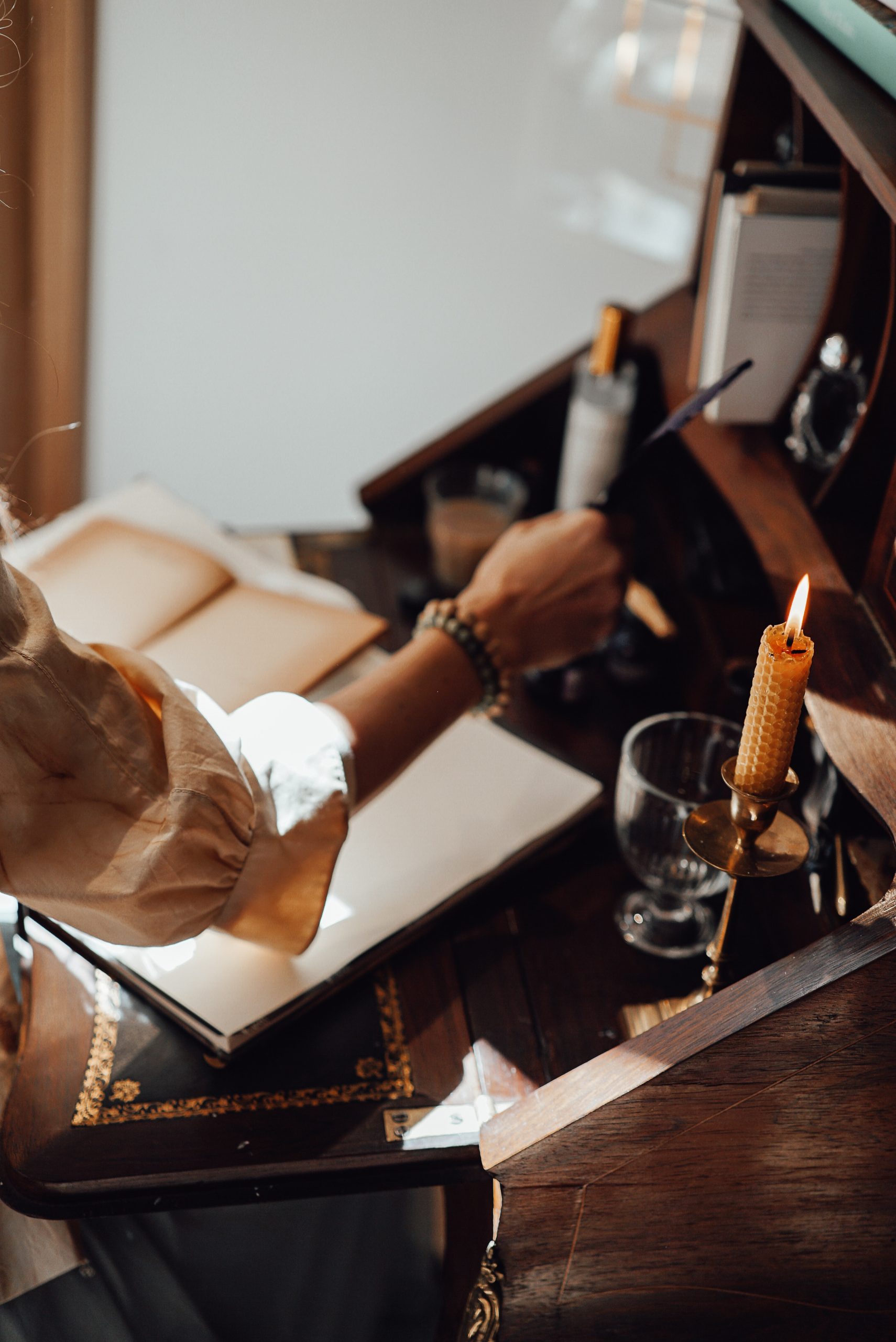 You’ve felt that spark: a new story idea! A character, conflict, world, or message popped into your head. Cool scenes started bubbling up and the characters of your story came alive in your mind’s eye.

You started writing it all down, came up with even more ideas. And your story started to take form. You outlined a lot of your story, did a ton of research, went to some classes and then….

Your story is lying on a virtual shelf, collecting virtual dust. Has been for a year. Or maybe even longer.

The fun idea that you had turned into a slog to work on. You’re unsure what scenes to add and what to cut. Your character’s motivations aren’t making sense to you anymore. There’s a lack of direction and emotional connection. The excitement you first felt when your idea was taking form is now but a memory.

Before, you would walk down the street, imaging dialogues and scenes. You told your friends that you’re working on a story. But then…you got stuck. Life got in the way and your story faded. The plot holes and little problems became overwhelming obstacles to overcome. So you stopped working on your story altogether.

Now, you dread reading book, comic or film reviews because you’re afraid someone created the story that you didn’t.

You’re not alone! I have felt like this, exactly.

Back in 2007 I was struggling with my comic’s story a lot. I couldn’t find my way out of plot holes. My characters weren’t interesting enough, my beginning slow and I just couldn’t get the middle of my story from point A to point B.

I had always written intuitively. But knew nothing about storytelling as a craft.

I started to see comics that were similar to mine. They had created their story. And where was mine? I felt stuck and defeated. 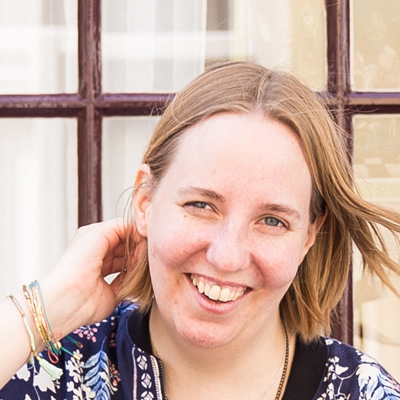 Hi, I’m Henrike. I’ve been telling stories in some form or another all my life. I chose to do this through drawing, writing and eventually settled on making comics.

10 years ago, after a long art- and writing block, I started looking into the basics of art and story. And I fell in love with the art of storytelling. Now I catch myself thinking through the stories from books and films in my free time or when I’m travelling.

I have created my own webcomic, a blog and Youtube channel about starting your own creative projects, like comics. I also make courses on these subjects and coach people 1 on 1.

I love unraveling the structure of a story and helping others to get through their story roadblocks.

Tools of choice: iPad with keyboard, Notion and Procreate, hot chocolate and my playlist with soundtracks from my favourite games.

You are a storyteller

We tell stories on a daily basis. But writing a good story that is clear, exciting and that grips your attention and doesn’t let go is something that can be learned and improved upon.

I dove head first into storytelling and have never looked back. I LOVE it! I can watch a movie or read a book and see the structure. Why things work and why they don’t.

If you can do that for your story, that means that you have full control over what you’re saying and how it comes across to your audience.

And if you add your own message for your audience to the mix, phew, you will have something powerful. Something you should be proud of and something that’s so exciting to work on.

I want that for you. 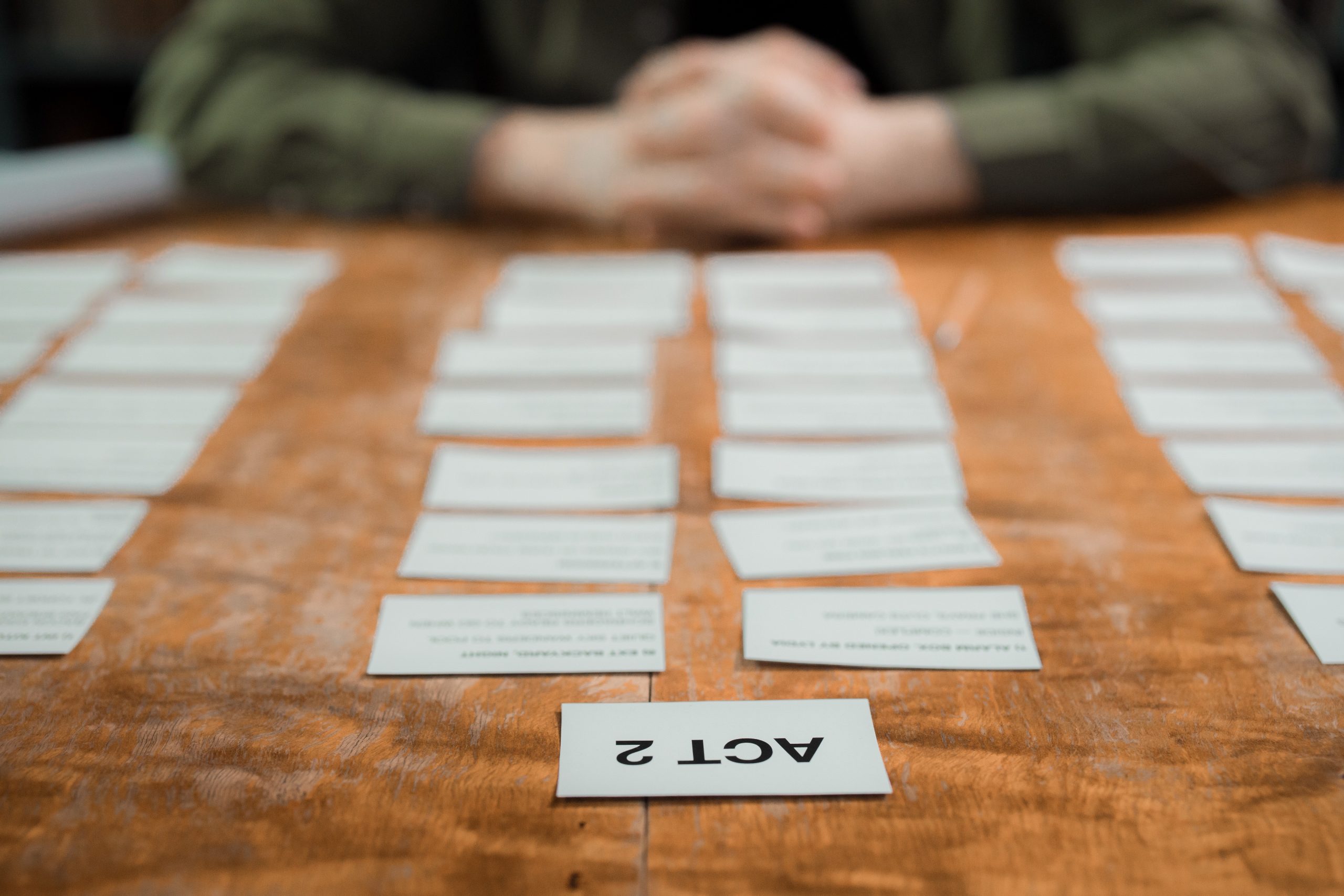 you can have a finished, working story outline that excites you again, in under 2 months

With 1 on 1 story coaching, you will not feel lost or stuck with your story anymore. You will have a bird’s eye view over it and have control over every element. Every scene and character.

Your story will have purpose. And your audience will be able to pick up on that purpose and connect with your story on a deeper level.

In story coaching you will get personalized feedback on every part of your outline and you will be able to think through all the parts individually. Your story will have everything that it needs.

You will learn and know more about storytelling after coaching. Which you can apply to your next story. (And it adds an extra element of fun in watching/reading other people’s stories)

Start refining your outline with me and end up with a solid story that will be able to do it’s job and touch your audience’s lives.

I would highly recommend Henrike’s coaching sessions. I found her advice just what I needed to finally get my dreams turning into reality.

When I started I had a good idea of what I wanted to do (make a webcomic) and the idea for the story all in my head. Henrike helped me to get all of that out and on paper so I could start planning how my story would work and how it would look.

I now have my outline in hand and a clear path forward, thank you Henrike!

Do you want to finish your story within 2 months?

Plan a call with me to see how I can help you:

During coaching I will ask you to outline everything you currently have in your head for your story in bullet points. It’s great if you already have an outline, but you can create it before we start as well. No worries, in our introduction call I will tell you exactly what you need.

*This is including tax. Please note this price is listed in Euros, as of December 2022 this is USD $830

When you start story coaching you could have a finished outline for your story in 1-2 months.

I can’t thank Henrike enough for the coaching she provided for my novel.

In the thorough sessions, after reviewing my plot and chapter-by-chapter outline, she was able to pinpoint the strengths and weaknesses of my story with clear and concise feedback.

Henrike’s thorough and dedicated breakdown and one-to-one mentoring was key to ironing out the flow of my novel, as well as the drive behind my characters in a way that each strengthened the narrative for the right reasons.

Her friendly, focused and professional advice was exactly what I needed to make the most of my second draft and truly drive my story to a powerful conclusion.

I’m very busy, is this a lot of work?

I totally understand. It’s hard to find the time for our creative projects.
Aside from the story coaching sessions, which are 1.5 hours long, you’re going to work on your story outline in between. This is quite some thinking work and writing. You also might be relistening to some of the conversations we had in our sessions. So I do encourage you to at least have some hours a week available to work on your story so you can get the most out of coaching and end up with a finished, solid story.

Do we meet up every week?

We could potentially meet up weekly, if you have enough time in between to work on your story. This means that you can be done with story coaching in one month. If you need a bit more time in between we can discuss that. I’m flexible. However, I do recommend to not have too much time in between because all we talked about and all your own thoughts and ideas about your story will still be fresh in your mind after a session. And it’s certainly beneficial to start working on your story as soon as possible after that. This is also to mentally stay inside your story and your story’s world in between sessions for as much as possible, if that makes sense. It’s always hard to get back into something again after a longer time has passed. So I do recommend to not have more than 2 weeks in between, if possible.

I don’t have a work-in-progress outline yet

That’s alright. I will ask you, though, to list everything you have in your head for your story on to (virtual) paper, in a chronological way, in bullet point form. You will have missing scenes or don’t know how to get from one point to the next; that’s fine! All that matters is that we have something we can start working on.

I only have (parts of) my story in prose-form. I do not have an outline

It’s awesome you’re already writing your story! However, I do want to ask you to list the current scenes you have of your story in bullet point form. This is because we will be working on the story’s structure to make sure your story is clear and complete. This is actually something I recommend you do before you start writing prose.

Will you read through my (work in progress / finished) prose or script?

My story coaching is meant to get to a clear structured story outline with meaning and purpose and I do not provide feedback on prose or written scripts. This is because, with the exception of comics, these areas are not my specialty.

Will you help me write the entire story? Or even help me with Making my comic, book or film?

My story coaching is based on making sure the backbone of your story is well structured, engaging and clear. We do this by working towards a solid outline. This means your entire story wil be written out in clear bullet points. With (at most) a paragraph of what happens per scene. Since people all have different goals for their stories (books, comics, films) I focus on the story structure only. This is also because, even though I do know the very basics of most disciplines, my own specialty is comics. This is why I do make an exception for comics coaching. This is something I do offer in combination with my course, How to Start a Comic.

Will you help me pitch / (self) publish my story?

This is not an area I have expertise in, unfortunately. I do self publish my comic and do have knowledge of crowdfunding but, again, other people specialize in pitching or publishing. So I recommend to apply with them for help with this.

The 1-1 coaching sessions that I had with Henrike were invaluable and totally key to me getting my comic past the vague, messy outline phase and crafted into something well on its way to being a real life comic!

From the initial consultation, Henrike was warm, enthusiastic, honest, and clear on the ways in which she would be able to help me as a comic creator. We timed my mentoring sessions to take place at a pace that suited me and alongside the ‘How to Start a Comic’ course (a course I would highly recommend you take a look at too!)

Henrike was well prepared for every session and had thoroughly read/looked through any work in progress that I had sent her. She would go completely above and beyond each time to discuss my progress, offer really clear, honest and kind feedback and make suggestions for next steps. All of the sessions are recorded and have been incredibly useful resources to go back to- and will remain so for years to come, no doubt!

Don’t wait any longer to finish your story. Tackle it in story coaching so you can start actually creating it!

Plan a call with me to talk through your plans: