How to create a short comic story 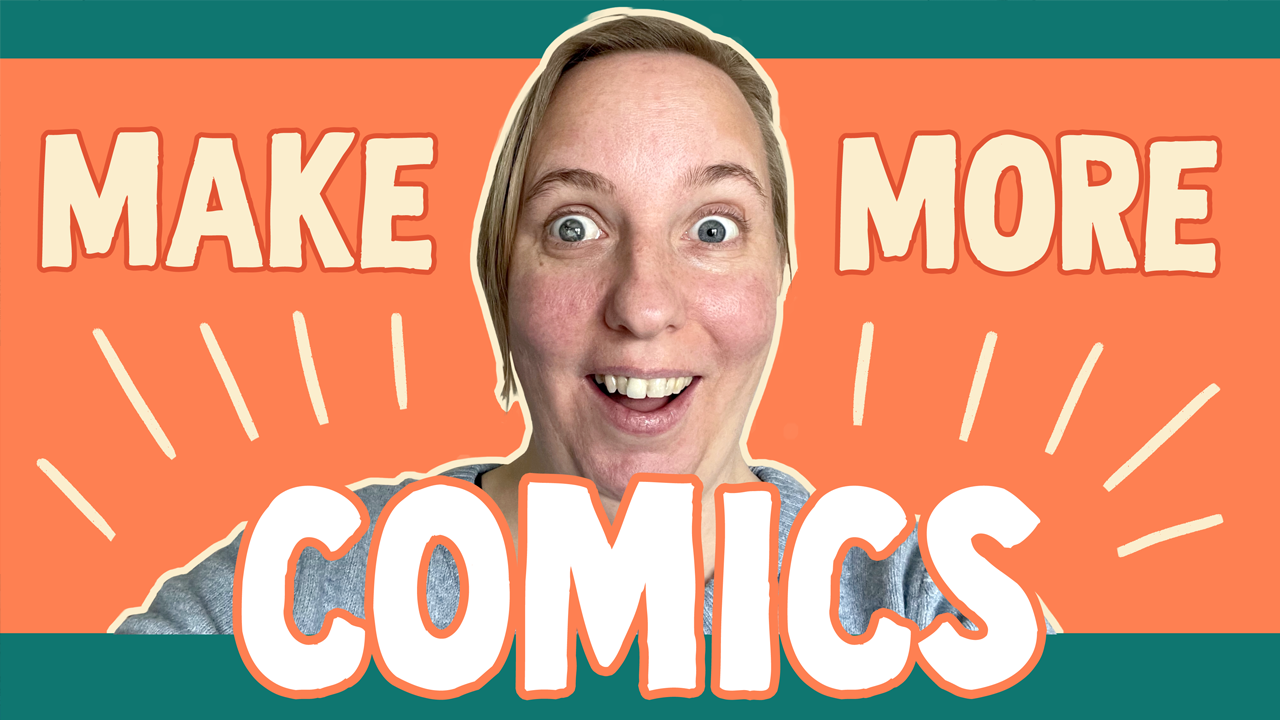 Short comics are really amazing because they help you make more comics in a year.

It’s also great to find out if making comics is something that you will want to do.

A lot of artists create these long, epic comic stories. And they are amazing. But there’s also many artists who make short comics. Some make gag-a-day comics that have recurring characters, or recurring events. Other artists make stories about their life or their experiences, in one shot comics. Other people have little tiny stories about characters that they want to tell.

In this blogpost I’ll share with you how to create a short comic story.

Rather want to watch the video version of this post? Here is the video. Or, if you’d rather read, just scroll on!

You might think that making a short comic story is very different from making a longer comic story.

Well, yes and no.

All stories are, in essence, the same. The difference is in the amount of information you put into one or the other. Also the tempo, the speed with which you tell the story is different.

In a long comic story, you can go very deep and you can explore all the inner workings of your characters and all the intricate plot details. In a short comic you don’t have the time for that. That doesn’t mean that a short story cannot be deep. It definitely can. It just has to hit it a little bit sooner and you have to condense your information into a few panels or even maybe one panel.

But the essence of story is still the same in both short and long comics.

In a longer story you have a long second arc to make the character face all kinds of obstacles and push through to where they eventually want to go. In a short comic, characters basically do the same. They just do it in a very short time.

So, there’s a character who wants something.

Garfield is based on a very simple premise. There is a lazy cat who loves eating, is very sarcastic, and often comments on their owner’s life, who is Jon. Jon is a kind of akward person. He’s almost the opposite of Garfield, which creates this really great tension between the two of them.

Often, Garfield just wants to eat. He just wants to relax, he wants to sleep, and Jon wants to get Garfield to be a little bit more active, lose some weight and listen to him. Very often the comic strips are based on something like that.

It might seem in some strips that there’s not actually a problem. But even though the word “problem” sounds very heavy, they can be very simple. Garfield just wants to continue napping, but Jon keeps bothering him. Or Jon wants to go out on a date, but he faces all kinds of obstacles just because of the person he is. And Garfield has some commentary on that.

It’s a big word to use: “conflict” but that is basically still what it is.

Then the progression of your story is going to be your character searching for the solution.

It’s about animals who try to help each other out, but sometimes the creator will set it up like a character is actually looking threatening towards another character. Or it might look like one character, because of having a long neck as a giraffe or by being very slow like a sloth, they actually might have a problem. But the other animal characters always find a way to include those characters and in a fun way make their “obstacle” a solution in itself. Or the character that looks like a predator actually was trying to help another character. There’s always some kind of twist somewhere in this comic.

These comics are really great to study to see how that is handled.

In some comics, there might not be a solution.

Or the solution is actually the fact that you have to accept that there is not really a solution. The creator will be aggravating the problem that the character has, and in that sense it becomes relatable.

A very good example of this is Sarah’s Scribbles (by Sarah Anderson). These are great comics about everyday kind of problems. Very relatable, very recognisable things. And often there’s not really a solution. It’s just her taking the daily problems that we all face and aggravating them even more. And also making making it kind of funny of course. In essence, this is kind of a solution. It’s making a problem we all face, making it kind of funny and and relatable. (“Oh, yes, I have that too!”)

In this way we can recognise our own problems in somebody else’s comic and we can laugh about it in the comments of the comic strip. And that is a kind of solution, too.

This can be a comic strip of three panels. This can be a short story of a few pages. And this also applies to a long, epic story.

If you see a short comic somewhere, look at these elements. Even if it’s a very simple comic about an experience that somebody has had. See how they start the story, how they take you through it, and how they end it. Study that and soon you will be off to making your own short comics!

The weekly emails of this month to my email list will all be about (short) stories. Sign up for the email list here and join in the conversation. You will also receive my checklist on how to create a comic from scratch in 20 minutes a day.