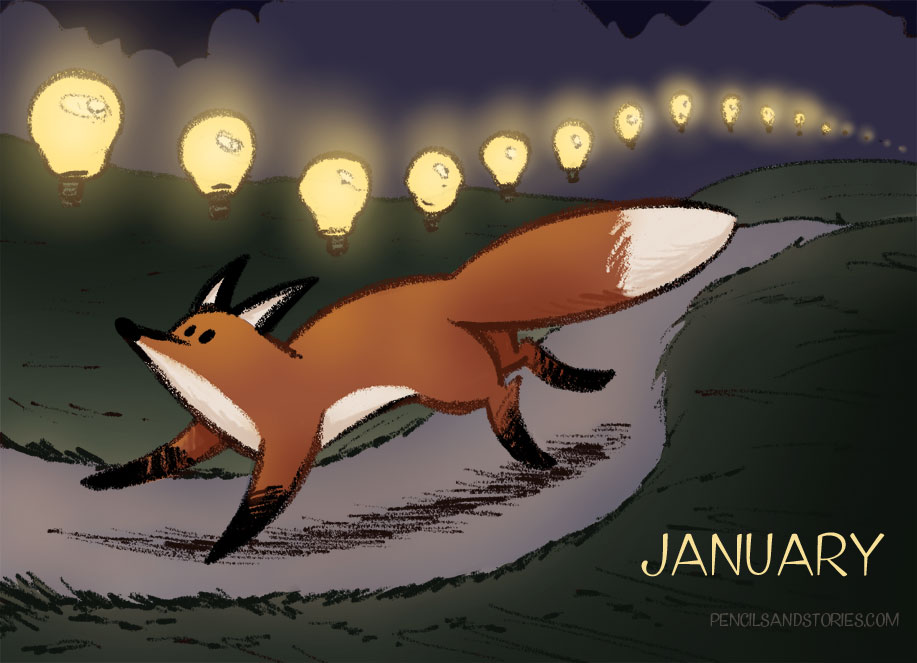 Here are the creative prompts posted on social media in January. For the other months you can go to the Creative Prompts Masterlist.

January 5th: Create a character based on your favourite song.
January 6th: Design a city hall, restaurant or business building…for garden gnomes.
January 7th: Take a letter from the alphabet and turn it into a character.
January 8th: Design a flower that you’d find in an enchanted desert after it has rained.
January 9th: Draw a rendition of something that resembles the word “daft.”

January 12th: Draw or paint something that is “glowing.”
January 13th: Do you have a philosophy? Make a character based on it.
January 14th: Design a musical instrument that doesn’t exist yet.
January 15th: Think of your favourite character. Now either draw their brother or sister or their evil or good twin.
January 16th: Look at an interesting object in your surroundings, then draw the opposite of that.

January 19th: Think of an old trade (something that’s not done anymore or by a very small group people) and design a person (with appropriate costume) from now or the future still doing that trade.
January 20th: Make a creature that would reside in or next to a pond.
January 21st: Design a ticket to a costumed ball for Yeti’s.
January 22nd: Draw/paint/etc. something with the theme “Returning”
January 23rd: If the sun was a character or a building, what would it look like?

January 26th: Take an abbreviation, make up a new thing with the letters and draw/paint/sculpt that.
January 27th: Draw/paint an animal and make it as fluffy as you can.
January 28th: Make/design a fashion item out of the word “thick”.
January 29th: What does a “digital eye” look like?
January 30th: Make a character out of a traffic sign.

Have fun with these!