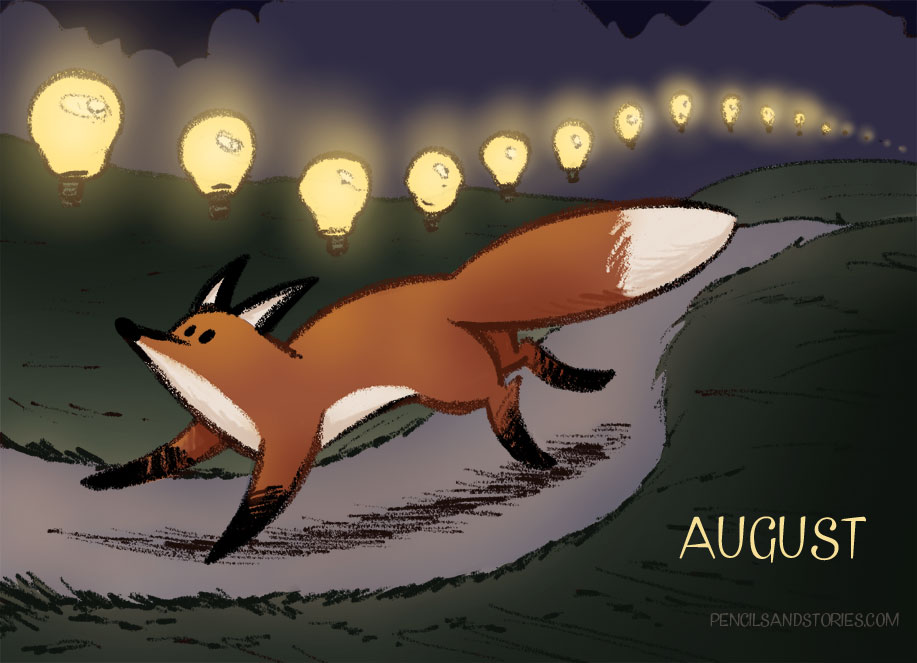 Here are the creative prompts I posted in July. I hope these ideas will inspire a warm-up, sketch, illustration, painting, sculpture or just a thumbnail or whatever you like to make! Feel free to also use these to come up with your own different ideas.

Check out the amazing Ursula Dorada, who did the prompt of August 31st, a delicious pizza toadstool!

Here are the creative prompts of August:

August 3rd: Make a costume based on the theme “scratches.”
August 4th: Design a prop for Cookie Monster.
August 5th: If you lived under water what animal/creature would you be? Draw it!
August 6th: Make an illustration or thumbnail with these words: “glitter” “airplane” “fern..”
August 7th: Design a fairy made of concrete.

August 10th: Find your favourite type of typography and design a character world or prop based on it’s aesthetics.
August 11th: Design a hipster mud monster.
August 12th: Design a snail’s house that’s different from how it usually looks.
August 13th: Find a piece of classical art, draw it and put a robot in the scene in a way that makes sense.
August 14th: Design a creature made of soap bells.

August 17th: Design a scarf for a giraffe that keeps it’s whole neck warm.
August 18th: Design an amusement park in the clouds.
August 19th: Make a really creepy painting that features a lot of fog.
August 20th: Pick a random book from your collection or from the library and draw the literal meaning of the title.
August 21st: Draw a unicorn with a reason to disguise itself. Put that reason in your drawing.

August 31st: Create an enchanted toadstool that looks delicious so it would be hard to not eat it when you see it.

As always, if you use any of these for a creative endeavour I`d love to see the results! @ me on Twitter or tag me on Facebook and also in your posts, tag it with #creativeprompt or #pencilsandstories