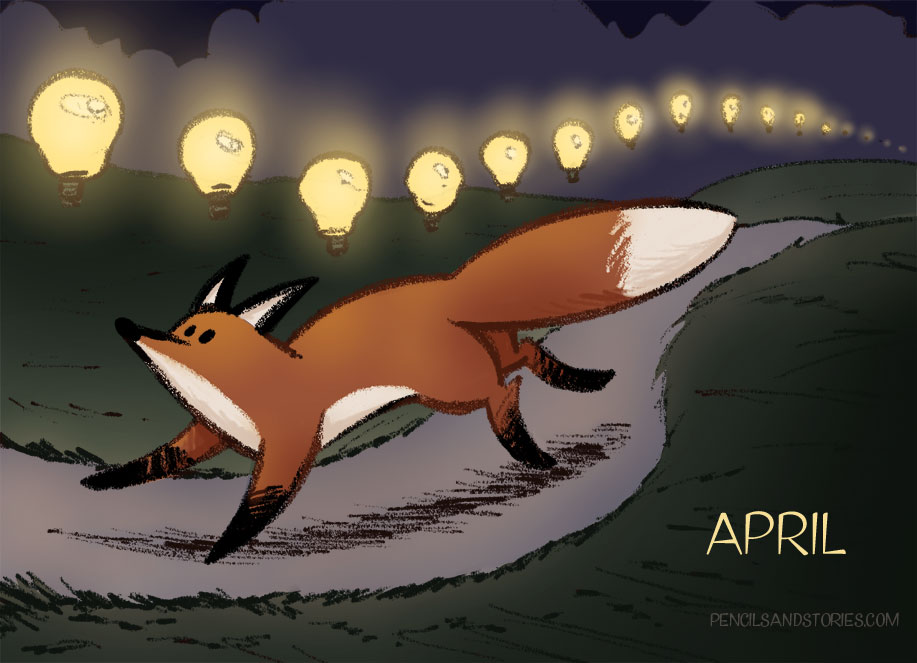 April 6th: Take your favourite flower, take your favourite art style. Design a version of the flower in that style.
April 7th: What if rain was made of something other than water, what could it be? Draw/paint it.
April 8th: Pick a culture you like and design a dragon based on the aesthetics of that culture.
April 9th: Design a birdhouse for a phoenix.
April 10th: What would a fairy do if they knew it was their last day in this world. Draw that scene.

April 13th: Draw yourself as your favourite game character.
April 14th: What would your street look like if it was the opposite of how it looks now?
April 15th: Design a costume for a meeting based on your favourite sport.
April 16th: What do you think of your own name? Design a character that reflects your name to you.
April 17th: What creature lives in thrown away water pipes?

April 20th: How would your back yard, balcony or view from your house look if it was a game environment?
April 21st: Why can’t puppies fly? Draw them like they can.
April 22nd: Design the costume of a dryad going to do cleaning work.
April 23rd: Redesign a fly as being a magical creature.
April 24th: Design a greenhouse for vampires that they can work in during daytime.

April 27th: Design a creature made of cork.
April 28th: Design a cute insect that lives in a peanut shell.
April 29th: A practice in scale, make the view from your window 10x as wide, high or big.
April 30th: Pick your favourite children’s book and design a new cover for it.

For all the months you can go to the masterlist.