Hello all, and welcome back to part two of the series about designing my villain characters for the Recollection City comic. If you missed part 1, you can go and read it here.
This week I`ll be focusing on how I designed Alaric, the guy with the brains behind the attack on my fantasy country of Tarina.

Alaric is probably the most difficult character for me to get into the head of. He is a middle aged, bitter father, yet very smart and he makes it his life`s work to seek revenge on an entire country. The last bit is not exactly something I have very much sympathy for. But people like this exist, so it`s still a character that can feel real.

You`ve probably heard about the idea that people who do evil things usually often think that what they do is for the greater good. They are right in their own mind.
The story that is told in Alaric`s family over and over again to every new generation is that they were wrongfully banished from the country of Tarina. Feelings of being denied a better life and feelings of anger and resentment have a deep root in this family and they all feel like they have been treated wrongly. Add to this that this anger drowns out much of the love and tenderness of being in a healthy family and you have all kinds of problems.

Alaric, with his knowledge of technology and other sciences comes to the realization that he can use his inventions for “setting things right” and making a new life for the next generation of his family. He alienates people around him (he even left his wife because she was trying to get him to stop obsessing over the past) and drags his daughter with him in his plans. He actually thinks he`s doing Valeska a favour by “finally stopping the cycle of injustice.”

I hope this makes him dangerous enough since he is still operating from ideals and the idea of a better future. In a very twisted way, this is how he shows his love for his daughter.

He and Valeska are the opponents of Bern and his friends. So I tried to make Alaric, in his character and posture, someone who is contrasting with Bern.
Bern feels inadequate to be a leader. He`s dressed very commonly, likes to be amongst the citizens of his city. Alaric is the opposite of that. He is aristocratic, very focused on his “royalty” and qualities as a leader, cold, distant and rigid.

I tried to show that in his design and in the compositions. Here are some of the initial thumbnails I did: 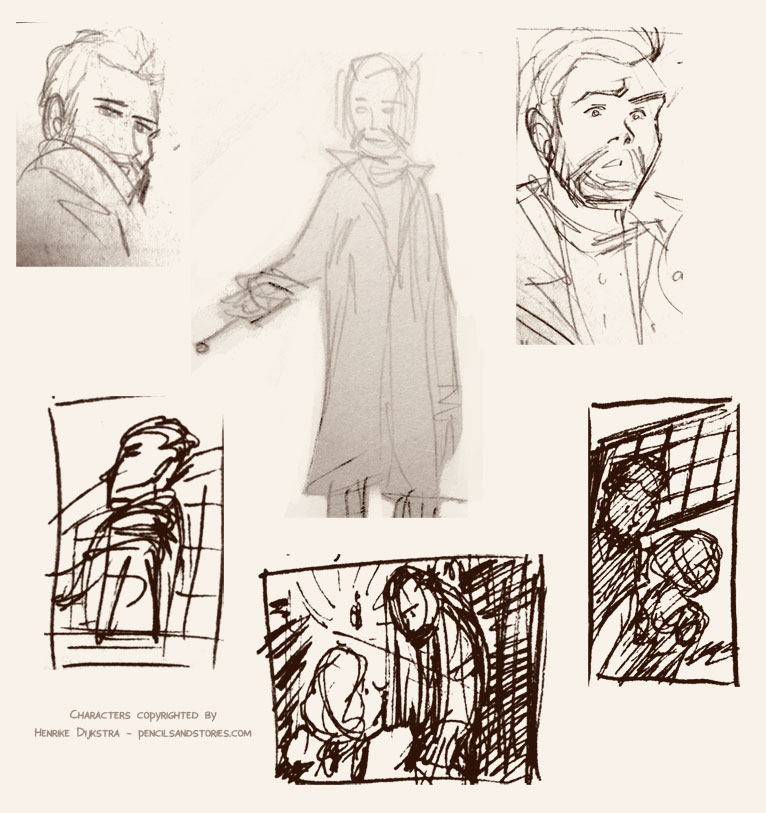 For my story I need a younger and older version of him too. Here are some of the early try outs: 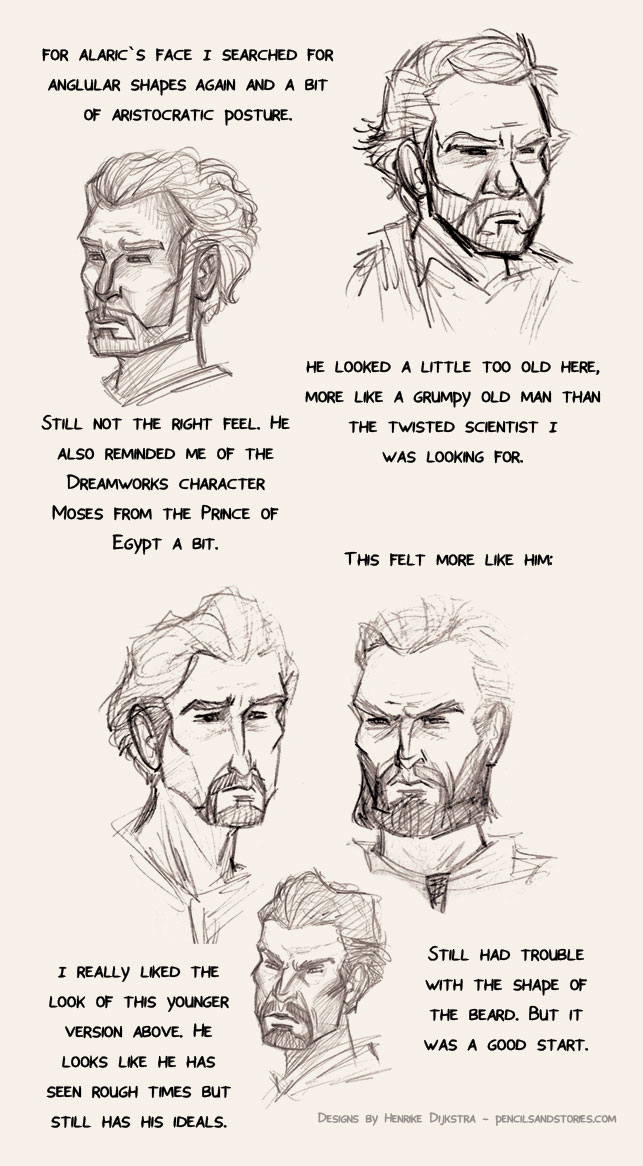 His face resembles that of Valeska of course. I really wanted them to feel like family of each other, so again, I used the sharp nose, chin and cheekbones. They also have the same mouth and squinty eyes. 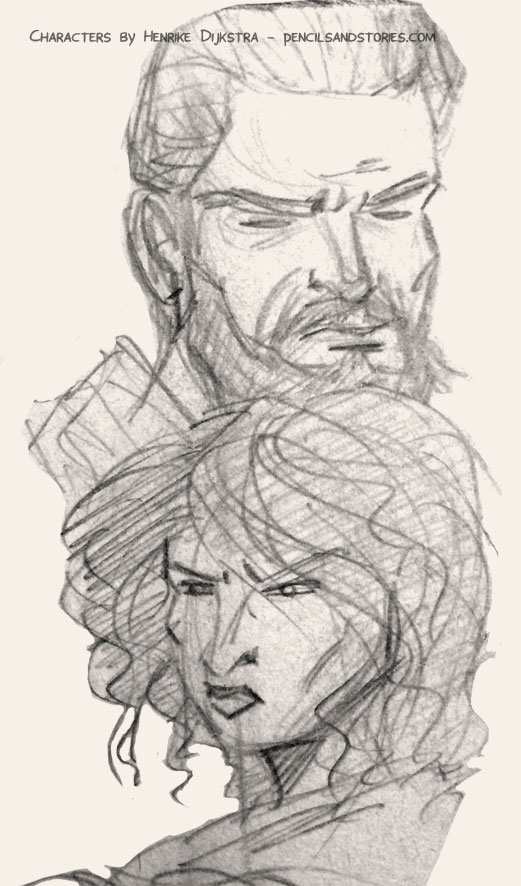 Eventually, this is where the older Alaric (after the prologue) ended up: 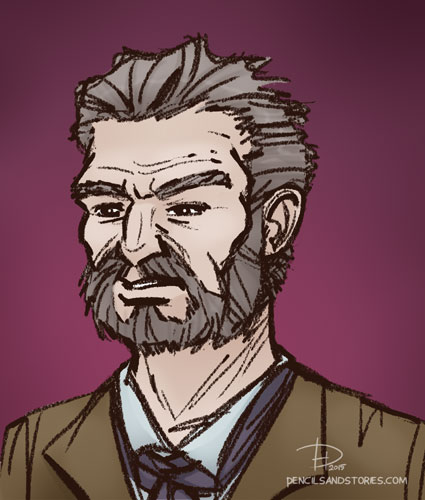 Thank you very much for reading this post! If you want, you can keep up with the progress on the comic on the Recollection City Facebook Page too. I post little updates and sketches there.
If you want to get notified on new content related to the comic you can subscribe to the Recollection City newsletter.
Or, if you would like to be updated on the blog in general, you can subscribe to the Pencils & Stories newsletter.
If you missed the link to “Designing Villains part 1” then you can read the post about Alaric`s daughter Valeska here.